About  >
Mary Retel
<  Back to Mercy Education Board Members 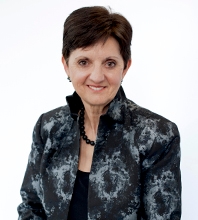 Mary Retel completed 43 years of service in education at the end of 2013. Mary’s passion for the most vulnerable, especially Aboriginal and Torres Strait Islanders and the ethnic minorities, was kindled by her father and mother who were staunch advocates for those who were in need.  Her father passionately believed that education was the key to opening minds and hearts and insisted that his five children all had a strong Catholic education.

For the first 20 years of her career, Mary worked in the State Education system and chose to be in schools catering to students from low socio-economic backgrounds. In 1991 Mary was appointed to the role of Principal at St Brigid’s College in Lesmurdie, Western Australia, a Mercy College. This was a very special experience given that Mary, along with her three sisters, had completed her secondary education at the College as a boarder. This enabled her to have insight into the heartache that parents of boarders experienced and compassion for the girls who often never returned home other than for holidays. The privilege and responsibility of accepting the upbringing of these young women was always at the forefront of her mind.

Mary has lived by the belief that it is by employing and supporting outstanding teachers and housemothers that students are given the opportunity to fully develop their God given talents. The importance of the principal being not only the visionary leader but the head teacher, fully immersed in the life of the school community was a model she adopted. Mary is a strong supporter of collaborative practice and was an active member of both the Catholic Primary Principals’ Association and the Secondary Principals’ Association throughout her time in the role of principal. After 13 years at St Brigid’s College, during which time it became a Kindergarten through to Year 12 school, Mary accepted the roles of Deputy Director of Catholic Education in Western Australia and Executive Secretary to the Catholic Education Commission of Western Australia which she held for 10 years. Mary had the opportunity to work even more closely with and for the aboriginal communities especially those in the Kimberley region where she was inspired by the deep commitment of principals and staff and the enormous trust and respect demonstrated by the aboriginal communities who were very aware that education was the key to their children’s future. Being of ethnic origin herself and having first hand experience of the many challenges that her grandparents and parents faced, Mary’s ability to speak a number of languages has enabled her to be a support to various ethnic communities and to advocate for the rights of refugees. Mary completed her 10 year term as Deputy Director on 31 December 2013. Students and school communities throughout Mary’s 43 years of service would all be aware of her adage: “It is our attitude, not our aptitude, that determines our altitude".