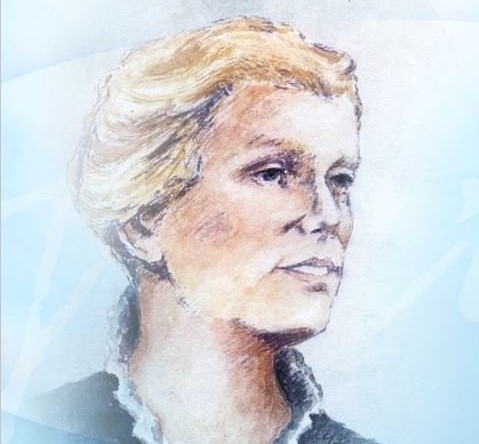 On December 12, 1831 Catherine McAuley founded the Sisters of Mercy in Dublin, Ireland. Her original intention had been to gather like-minded companions and devote her considerable inheritance to serving the poor, especially women and children.

Church authorities prevailed on her to found a religious order so that the work could continue after her death. The Sisters took as their special concerns the education of girls, visitation of the sick in their homes and the protection of distressed women of good character. Their attention was on local needs and they soon came to be called the ‘walking nuns’ as they were often seen on their way to and from their works of helping others.

The Institute of the Sisters of Mercy was founded by Catherine McAuley in 1831 in Dublin, Ireland. Before Catherine died in 1841, there were Sisters of Mercy working in twelve different towns in Ireland and two in England, and the Sisters were already involved in school-based and adult education, the care of the sick in hospitals and the establishment of homes for orphans, the aged and disadvantaged.

Fifteen years later, in 1846 the first Sisters of Mercy arrived in Perth from Ireland. One of these pioneering women was Ursula Frayne who brought with her the vision of Catherine that they should be living witnesses of God’s mercy in a new world.

The Sisters of Mercy in Australia and Papua New Guinea came together to form a new entity in December 2011. The Congregations of Sisters of Mercy in Adelaide, Ballarat East, Bathurst, Cairns, Goulburn, Grafton, Gunnedah, Melbourne, Perth, Rockhampton, Singleton, Townsville, West Perth and Wilcannia-Forbes and the autonomous region of Papua New Guinea became united into a single religious Institute.

The Sixth Institute Chapter in December 2011 affirmed and rejoiced in the decision of these fifteen members of the Institute of Sisters of Mercy to come together as one institute for the sake of communion and mission in this 21st century Acts of Chapter.

Their Chapter Statement is inspiring and underlies the mission of Catholic Education:
“MERCY impels us to extravagant HOSPITALITY, COMPASSION and JUSTICE in the earth community being shattered by displacement”.