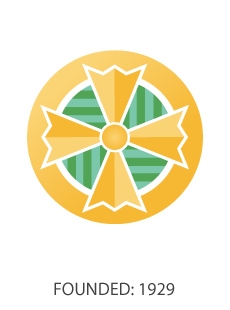 St Brigid's College, Lesmurdie was established by the Institute of the Sisters of Mercy, West Perth Congregation in 1929 to provide for a superior boarding school to that which had been a part of St Brigid's School West Perth since its inception in 1888.

The College property was originally owned by Archibald and Maude Sanderson. The Heritage Building was commenced in 1913 when Archibald Sanderson established a private day and boarding school. Herbert Perry, Architect, prepared the plans, which were based on the style of the home of Cecil Rhodes on the slopes of Table Mountain, Groote Schuur.

In 1919, with the end of the Great War, the building was sold to the Red Cross to be rented to the Repatriation Department to house sick and wounded soldiers. During this period the building was completed and oak trees from Windsor Castle were planted in the grounds.

In 1929, the building was let to the Perth Hospital as a convalescent home. Later in that same year, it was sold to the Sisters of Mercy for 9000 pounds. It was purchased by the Congregational Superior, Reverend Mother Brigid Watson and brought to fruition a dream of finding a healthier and more open environment for the students of St Brigid's School, West Perth. On 21 April 1929, Mother Teresa Rielly and seven Sisters took up residence with their first pupils - 35 boarders and 3 day students.

In 1938 a new two-storey building consisting of classrooms and Music rooms was added on the north side. In 1965, the Sisters' Convent and Chapel, now part of the Secondary Section, were built at the rear of the original building.

In 1990 a new residential house was opened to accommodate 157 boarders. The boarders' accommodation provided is now second to none in terms of comfort and care. 1995 saw the amalgamation of the Primary and Secondary Schools.

The vision of St Brigid, Catherine McAuley and The Sisters of Mercy to bring education to young women, has continued in our commitment to provide an education that remains in step with the demands of the 21st Century. The College’s on-going building program ensures that students have access to state-of-the-art facilities in the learning environment. The McAuley Wing Science and Technology Centre and the Fitness Centre incorporating an indoor heated swimming pool, are testament to this.

In 2005 the College was notified by the Heritage Council that it had been entered in the Register of Heritage Places.

The grounds and buildings of St Brigid’s College provide the students with a sense of honouring the heritage and history of the College, while providing them with open spaces and beautiful surroundings in appreciation of the Mercy tradition. 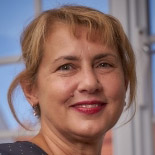 Commenced as Principal of St Brigid's College, Lesmurdie in 2019.